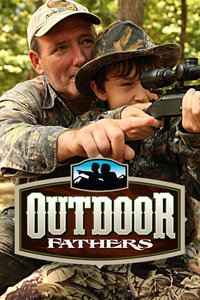 http://www.outdoorfathers.com/
Every once in a while you cross paths with someone who stands out in a crowd; someone who is thinking about the big picture and doing something about it. Such is the case with Monte Perron of Raleigh, North Carolina.
Social Networking is a powerful tool in today’s world of communication and business. Facebook is the vehicle that introduced me to Outdoor Fathers.com, and I liked what I saw. After a few email exchanges with OF founder, Monte Perron, I knew we were cut from the same cloth, so to speak. I wanted to learn more about him and his drive to be the best father he can be and how the outdoors fits into that mission.
So I sat down with Monte to hear his story in a short interview. The following is the transcript of our talk:

PNWB: Monte, how did you get started in the outdoor lifestyle?

Monte: I have always been interested in the outdoors. When I was a child I loved being outdoors and seeing wildlife. In fact, when I was 8 years old, I lived near the Mississippi River and had a long walk on a dirt road to catch the school bus. One November morning, I saw 4 wild turkeys on my “bus walk” and was overwhelmed with excitement. In recent years I have reflected on that sighting and realized that my reaction was not that of a normal 8 year old. I am sharing this because I feel that my love for the outdoors is something I was born with. The ironic thing is that an abusive childhood made it nearly impossible for me to pursue my passion. I had to wait until my sophomore year in college to get started hunting. Physical education was required in college, and I opted for a “Casting and Gun Handling” class. I was taking it in the fall; and a high school friend was taking it as well. I became aware that the gun deer season opened during our Thanksgiving break, and suggested that we go hunting while we were out of school. I could not have picked a better hunting partner; that became apparent to me when I took a deer on the second day of our hunt. My friend was as excited as I was, and proved it with his enthusiasm in tending to my first deer. He was the youngest of 6 siblings and the entire family made a big deal out of my success. I have great memories of that event. That deer got me hooked and I have continued to pursue my passion to this day.
PNWB: It’s clear that hunting is very important to you. How did having children affect your life and your outdoor pursuits? 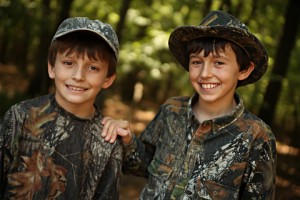 Monte: Yes, I see two that are obvious to me – anti hunters and the “daddy problem”. Anti hunters concern me because they are part of a cause. Much of their funding comes from passionate people who have made a conscious decision to support their cause. It is an active decision. By contrast, funding for state wildlife agencies comes from hunting license sales and taxes on hunting products. The hunter is not making a conscious effort to support a cause; he/she just wants to hunt! They are not joining the fight; they are simply doing what is needed to be legal and prepared to hunt. The fact is many do not even know that we are in a fight. When you couple this with a liberal media that seems to be more supportive of the “antis” – it disturbs me.
I touched on the “daddy problem” earlier. Generally speaking I believe that we are about two generations removed from effective fathering. I recently read a
n excerpt from the book Fatherless America by David Blankenhorn which stated that:
“The U.S. is becoming an increasingly fatherless society. A generation ago, an American child could reasonably expect to grow up with a father. Today, an American child can reasonably expect not to.”
Although that statement does not apply to my family now; it is a grave concern to me because of the impact it has on our world. I was a fatherless child, and I am acutely aware of the consequences. I have been determined not to let that dysfunction continue to my sons.

The encouraging thing is we can do something about both concerns. We just cannot continue to do the same thing and expect different results. First of all, hunters must become willing to react to opportunities to get new people involved. I know for a fact there are lots of people that would go hunting if invited. Who is going to get them started if we don’t? The thing is we have to be willing to give both time and effort. We have to find a place in our attitude to stop thinking about our hunt, and our stand, and our trophy deer, and our opportunities. We need to dedicate some of our thoughts and efforts to helping the kid across the street get his first deer, or our 40 year old co-worker get off to a good start, or the single mom find a place for their kid to hunt. The list is endless, but we need to become sensitive to it. It can be our greatest opportunity, or our greatest neglect – we get to decide. The ‘daddy problem”, on the other hand, is a little more complex because it is not possible to make another father want to be more effective. I am encouraged because I believe that fathers who care can influence other fathers simply by association. In my own case, I was positively influenced by watching good fathers as a child. Their influence was significant in spite of the fact that it was not possible to see it until the next generation. I know that sometimes I am “preaching to the choir”, but I believe that if the choir keeps singing others will join in. That is what keeps me going.

PNWB: Monte, if you had just one minute to mentor another parent on raising children, what would you say to them?

Monte: I have heard it said that children do not come with instructions. I believe that if a child came out of womb with one piece of paper that said – “Love Me!”, and the parent was committed to learning what love meant, they would have a great chance of doing a great job of raising that child! Having said that I believe that the parent’s premier responsibility is to understand what it means to love their child. Here’s a hint – you won’t find it in Hollywood!

PNWB: I want to thank you for your time and the chance to talk about a subject you’re obviously very passionate about. Are there any final thoughts you’d like to share?

Monte: First of all, I want to thank you for the opportunity to talk about this subject that I dearly love. This is a work of passion for me and because of that it is easy for me to commit the time and effort that has been required to make it work. IMO, both areas – hunting and fathering skills – fit together like a glove. My vision is to make a difference by empowering fathers and encouraging outdoor pursuits.

I know that there is an emphasis on hunting at OF, but I think the most important thing is the encouragement to fathers. There is value here for fathers that do not hunt as well. If I were asked if it were about hunting or being a good father – I would have to respond with – YES!

The future of Outdoor Fathers looks promising. Our Facebook page is growing daily, and I am beginning to book speaking engagements to promote this mission. I am more excited about this than any endeavor I have pursued in my adult life. I am very grateful for every person who shows support. Once again, Tom, thank you for doing just that.
For more information, please see: http://www.outdoorfathers.com and “Like” Outdoor Fathers on Facebook.

For all you dads out there, I hope this will inspire you to make time and be there for your kids, and to get them outdoors!